How to help your family cherish memories during a difficult time

Two weeks ago, I was saying goodbye to my dad at an in-patient Hospice facility in Dallas. This was the man who shared his love of photography with me. He photographed EVERYTHING, and I can only imagine what his Instagram would have looked like, had that technology been around when I was a kid. He had one of those hugely thick wallets, that held a plastic photo holder which unfolded to show all of my grade school pictures.

My aunts and I spent the week after his funeral going through his things. He lived in a small, one bedroom apartment, but he had tons of things. My dad was sentimental, and had kept probably every thank you note he was sent; every birth announcement, graduation announcement, wedding invitation, and especially all of his pictures and videos. It was emotional going through it all. We laughed, we cried, we sat in silence, and we absorbed as much as we could of him through what things he had left us.

My dad’s death was pretty sudden, but not entirely unexpected. He was only 67, but had recently been diagnosed with pancreatic cancer. A cancer that is all too often found too late after being misdiagnosed. But his appeared to have been found early, and he soared through his 6 weeks of radiation treatments. He was optimistic about starting chemo, but then with Covid-19 everything got a little delayed. He ended up falling ill, was hospitalized, admitted to hospice, and passed away all within 2 weeks. And much of that time he was on a ventilator, or otherwise unable to speak with us. By the time we realized the end was coming, we didn’t have any way of really communicating with him.

I share this information not to make you sad, but because I would have never imagined a month ago that I would be without my dad. There are things I wish I had known then, to better prepare, and there are also things that I’ve learned that I need to do myself. I wanted to share those with you.

What are important steps I should take to prepare my estate?

1.Meet with an attorney to get your legal papers together

Anytime you search estate planning, this is what comes up, and this is what you think about. I’m not going to give legal advice, other than say it’s WELL worth it to have something in place. Do your kids a favor, please. Neither of my parents did, and even though it all should still be fairly straightforward, that’s not always the case. Meet with an attorney who deals with estate planning. And make sure those documents and information are in an accessible place, and people KNOW about them.

2.Photographs are a legacy, make sure they get passed down

My dad was not a professional photographer, but the sheer amount of times he had a camera in his hand, you might not have known that. He had so many pictures! Ones from when I was a kid at my ballet recitals, ones that showed all of us as a family, Christmases with relatives who passed away years ago. And pictures from HIS childhood! Thank goodness for my aunts being there to help me, because I often held up a picture and said “Who is this?”. My dad had a bookcase that was filled with framed pictures of all the people he loved. But there was one that I just couldn’t figure out – why was this clown (literally, someone dressed as a clown) on the shelf with his first grandchild’s first sonogram, sister’s wedding, and daughter’s graduation? I couldn’t understand it. But it turns out that clown was my grandfather all decked out in makeup. I can see him now behind all of that makeup, but it wouldn’t have been my first guess.

These photographs are cherished memories of mine, and of my dad’s. I want to honor them, and thankfully when he was a kid it was normal for pictures to be printed, and fairly often people wrote on the backs who was in the picture and when it was taken. What I noticed as the pictures got to be more recent – the quality was better. I could see the details, the colors, so much better. But I didn’t know what was happening in some of them. Who was this person? Why did it merit being printed and saved?

Another thing I noticed – the recent pictures that had been printed were from big events, like graduations or weddings. But there weren’t really many other than that. I took my dad’s computer and phone home and started going through the pictures. But you know what? We take photos of EVERYTHING with our cell phones. We don’t have to be discerning. And what we also don’t often do? Print those pictures. But y’all, my dad has 15,000+ pictures on his phone. I’ve barely nicked the surface of what pictures are on there, and most are just random pictures of a flower or a person he worked with.

So what can you do during your estate planning? Go through your photo albums and try to label some of the pictures. Make a picture book on Shutterfly to label, or just write on the back. Who, what, when, where. And please, print those candid pictures. Don’t just leave them on a computer or phone (also, make sure someone knows your computer password so they can get them!).

3.Videos are amazing, but only if you can see them

This goes along with the pictures – videos are such an amazing gift for your family members. You can hear family members’ voices, see hugs, experience what life was like. It is such a great time capsule to have. But most likely, your videos aren’t in a medium that is easy to view now. They likely need special technology to play them, and even if you have access to that, it’s still not always straight-forward. I would love to watch the videos my dad made, but first I will need to find someone I trust to transfer them to digital format. And pay for it, which let’s be honest, can be a huge expense. There are also the small clips that are on his phone, which I need to go through and put together in a format that I can play easily.

Again, labeling your videos is a huge help. Who, what, when, where. A better help would be to have them transferred over to digital format now. If you can’t do them all, do some. Maybe it would make a great Christmas gift for your family, to have digital copies of these cherished videos? Go through the videos on your phone and put the ones you’d like to save together. If you have an iPhone, you can use the iMovie app that comes with it to merge videos together.

The last thing I’ve found is that there are some things that are sentimental, that your family members might really care about if only they knew. As I said before, my dad had so many things in his little apartment that had stories behind them. Some I knew, but others I didn’t. I couldn’t keep everything, so I chose a few items that had a lot of meaning behind them. One of those things I would easily have thrown away, had it not been for my aunt telling me what it was. You see, other than a photographer, my dad was a crafter. He created all sorts of things out on his patio, on this old metal table that was covered in paint and resin and who knows what else. That table, I came to learn was made by him in junior high. I don’t know where it was when I was growing up! I am going to repaint it, and put a new tabletop on it that isn’t covered in resin. But I never would have given it a second glance if my aunt hadn’t pointed it out to me. Now, it’s one of my most special keepsakes of him.

As I said, my dad had a LOT of things he kept. Furniture that was his growing up, hand painted or hand stitched items that celebrated his birth, or Christmas, or were simply gifts to him. Some were signed, but others weren’t. And they meant something to him, because they were prominently displayed in his living room. I didn’t want to keep everything, and I know he wouldn’t want or expect me to. But, it was so helpful to know what they were, who made them, or what their significance was.

It would have been great to have a list. Especially if it was handwritten(legibly), because seeing handwriting is so sweet. The list could have had the item, and a short little description about it. Or even a video! You could have someone record you as you go through your house and point out different things. 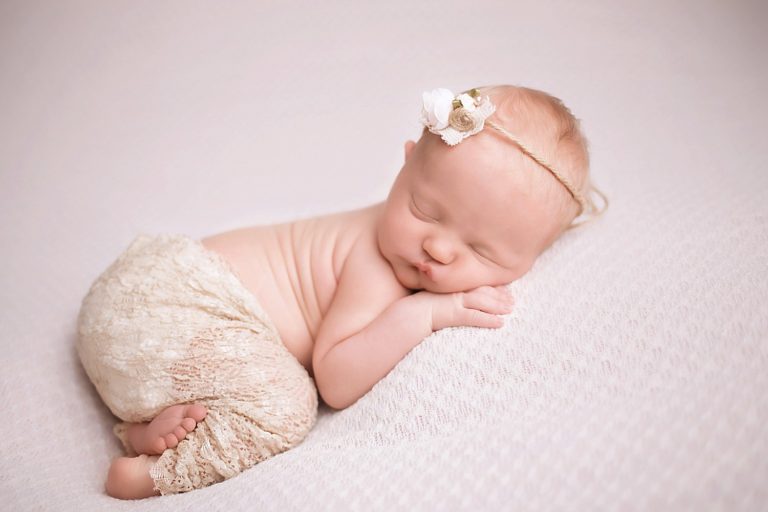 Newborn Pictures in Little Elm Lifestyle pictures in a beautiful nursery. One of my most recent newborns was in Little Elm, at Baby P’s home. She had the most beautifully decorated room just for her.  The nursery was decorated in beautiful shades of gold, pink, and cream. It was the perfect backdrop for some very…

Newborn Safety Tips Sleep Safety There are so many things to research as you are pregnant and preparing for a newborn, and knowing the essentials for keeping a baby safe is definitely the most important. I’ve already written a post dedicated to car seat safety, so if you’re interested in that, go here. Here, we’ll… 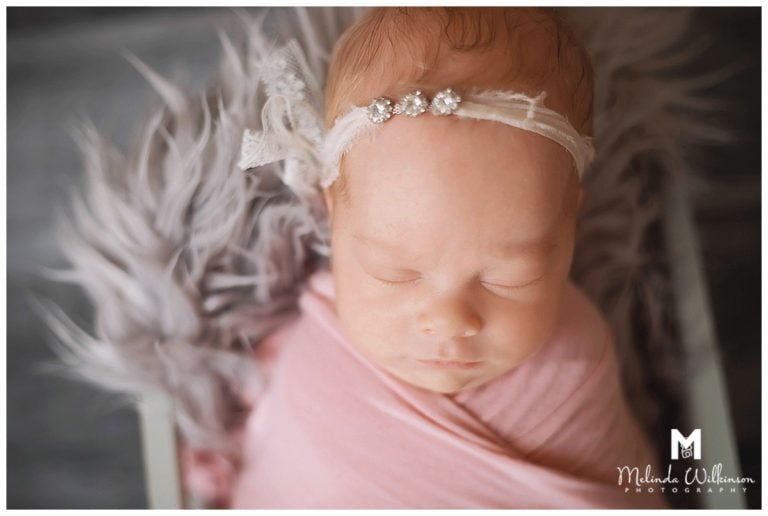 A Very Feminine Newborn Session All the pink and pretty things your heart can handle. Sometimes my clients wonder how much of their own time they need to put into designing their newborn session. The answer? I design each session to be different, and incorporate the colors and objects that you love. This is done… 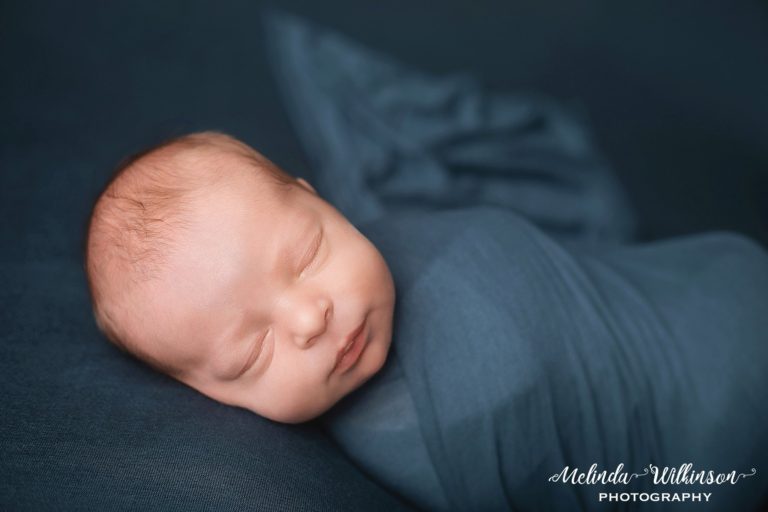 Newborn pictures in 2020 Schedule your in-home or lifestyle session now. It’s hard to believe that the year is almost to an end, but it’s now time to book those newborn pictures for 2020. I love that I am able to bring my studio to my clients. I plan my sessions, down to all of…

Giving Back Sessions Family portraits for military and first responders. In September, a large number of DFW photographers gave free mini sessions to people who were active or retired military, firefighters, police officers, or paramedics. I was overjoyed to be able to give back to my community a little. This was my first year to…

Vision Boards 101 How to Start Your Year Off Right My newborn clients are typically moms who are busy with life, and have goals for their family and themselves that they strive to work on each year. This year, I’m focusing my goals into the idea of a Vision Board. Have you heard of them? …